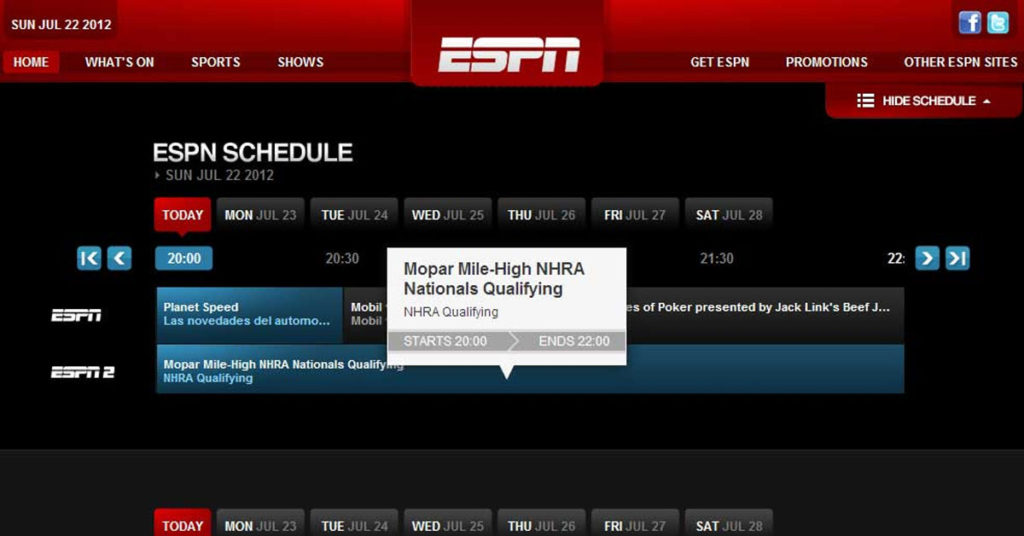 ESPN, Inc. is the world’s leading multinational, multimedia sports entertainment company featuring a portfolio of over 50 multimedia sports assets. The espn.com.au site was redesigned and rebuilt to position it as the premium source for information regarding ESPN programming and content for the Australasian region.

The main objective of the new site was to highlight the full range of sports and programming available, to make the programming data available in real-time, and to provide easy entry points for new subscribers to the service.

The site was built using the Silverstripe CMS platform, and integrated scheduling data from the ESPN API feed.

By far the most complicated part of the project was integrating the forward planned programming data into an easy to use, visually pleasing display. To limit the load on the ESPN API we set up a scheduled task which would poll the API for new or changed programming data from the last poll interval. Each polling of the API would update the local programming schedule database.

The local programming schedule database was exposed through a custom API which was queried from the front end of the website to display scheduling data in various formats.